The antivirus is made by a company based in California.

Malwarebytes Anti-Malware. The antivirus is made by a company based in California.
The software is no longer free. It offers a 14-day free trial period. When the trial period is up, you will lose all the important functionality of the program, though it technically still functions on the computer.

Here are the main functionalities that the personal version offers:

These features may seem rather standard. Read review below for a roundup of the best and worst features.

Though far from perfect, offers these perks to users:

There are three scan modes with : Hyper, custom, and threat scanning. The threat scan is the version of a quick scan. It runs super fast in under two minutes and checks the riskiest places on your computer.

Hyper scan is also a type of quick scan. It completes even faster than a quick scan, under 10 seconds and you won’t need to wait for updates. This is a very rough way to check your computer. It can detect major threats, but not deeply embedded ones. Still, it’s very useful thanks to its speed.
The custom scan allows you to choose which locations on your computer or which personal documents you want the software to scan. It’s useful and gives you more control over the process.

The software comes with a user-friendly interface. There’s nothing really too fancy here other than the three scan modes. As a result, is very easy to use. You will never feel lost with all the additional tools. Overall, possibly one of the easiest to use interfaces.

Malwarebytes is a simple antivirus. That might be why it doesn’t cause your system to lag during a run. The hyper and threat scanning modes run very fast, you will barely notice it.
The custom scan run time depends on what options you choose. Unless you are probing too deep, it probably wouldn’t have a major impact on your system either.

On the other hand, isn’t a perfect antivirus. Let’s see in this review the downsides to using it:

Unlike most well-known software, hasn’t been thoroughly tested independently. Whatever limited tests available only show scores on the lower end. So if you are looking for high-end protection, may not be able to offer you much.
However, the software is still great at blocking potentially problematic software. The problem lies in detection and removal.

You can use on up to 10 devices that run the supported operating systems. However, the costs can get significantly higher depending on the number of devices. Even for a single device, $40 a month can be expensive given that there are competitors offering cheaper packages for more devices.

Malwarebytes isn’t widely available across operating systems at present. One major downside is that some features are only supported on certain systems. Sure, it makes sense that you get bad app protection on your smartphone and not your desktop. However, the protection isn’t extended to iOS as well as Android devices.

Hopefully, would expand support to all systems in the near future. But at the time of writing this review, it’s pretty OS-specific and that can be problematic when you want an antivirus for your desktop and handheld devices.

Malwarebytes only offers its antivirus scanning feature per package. You won’t have extra tools like a VPN or a password manager that most other bundles offer. Nothing else is included except the malware protection software.

Could Be the Antivirus Software for You?

Its performance on independent tests leaves much to be desired. However, is good at blocking malicious content from websites. It even has a Chromebook version. For smartphones, offers a special bad app blocking feature. That’s great, we can say in this review.
It’s super simple to install and use. The interface is as minimalistic as it comes. Everything is easy to understand. You won’t need to waste time figuring out confusing tech lingo. Scans run super-fast, especially the hyper scan mode, which can complete in seconds. Overall, the impact on your system is minimal.

You can also choose what you want to scan with custom scans. This is a very handy feature when you want to probe deep into your device. Also, with custom scans, you can avoid long and laggy scans that don’t let you exclude certain system files.
Malwarebytes can be expensive considering other options on the market. The default package is available for one device though, and you can add up to 10 more devices, which is a perk. However, the availability is limited on some systems. The upsides and downsides here are rather well balanced. That can make the choice rather difficult.

Regardless of a few problems, is well worth checking out, that’s why we made a review. The company is based in the U.S., so it can be useful for those who want to avoid foreign antivirus products.

Notice: The information in this article and the links provided are for general information purposes only and should not constitute any financial or investment advice. We advise you to do your own research or consult a professional before making financial decisions. Please acknowledge that we are not responsible for any loss caused by any information present on this website.
Home » Anti Virus Reviews » Malwarebytes Review – Antivirus | Pros and Cons
Advertisement
Advertise with us
Try our Newsletter
We enjoy writing tips and giving you free coupons.
There's more... 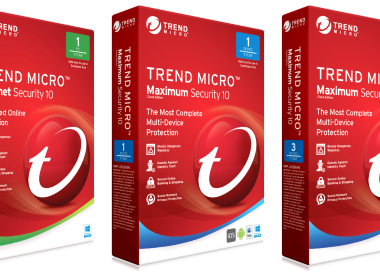 Trend Micro review below to learn more about the upsides and the downsides:...