Who doesn’t love to use TikTok? The app truly is addictive, and has given rise to a new wave of social media influencers. If you’re an avid TikTok fan, you probably know that the US is planning a ban. Unfortunately, certain other countries have banned it as well. But don’t fear – you only need […]

Who doesn’t love to use TikTok? The app truly is addictive, and has given rise to a new wave of social media influencers. If you’re an avid TikTok fan, you probably know that the US is planning a ban. Unfortunately, certain other countries have banned it as well. But don’t fear – you only need a TikTok VPN. Let’s talk about how they could help.

TikTok VPN – A Solution for US Ban

Before we talk about the US, know that Indonesia and Bangladesh have banned it too. They didn’t do so for the same reasons as the United States – they stated that the app contained “inappropriate content”.

India has also taken action again TikTok. Along with over 50 other Chinese apps, the Indian government banned it as they claimed it was spying on and stealing citizen’s data. If this sounds familiar, it’s because the President of the United States, Donald Trump, has accused Chinese apps and companies of doing the same. This is why America signed the orders to ban TikTok on the 7th of August, 2021.

However, TikTok won’t be banned if they take extraordinary measures – selling the app to an American stakeholder. The app captures videos and “memories”, so it’s no surprise that it could collect data and spy on you.

Even with the app gone, you’ll still be able to access it. This is with a VPN, of course. Not only would you be able to use TikTok, but you’d also be protected from its possible security threats.

How Can A VPN Help?

If you know how VPNs work, you wouldn’t have been too upset about the TikTok ban.  When you access the internet, your IP is visible and the sites you visit can trace your location. Virtual Private Networks work to block your real location online. You’ll be channeled to a foreign location through a heavily encrypted tunnel. If you connect to a server in Australia or the UK, you’ll be access sites and features that citizens from those countries have access to. Since TikTok is not banned there, it’ll work for you.

Depending on the TikTok VPN you use, your connection could be very secure. It might be protected through a military lock and only you and the server you’re connecting to would have access to the key. This would protect your data from TikTok’s possible security threat. But it’s also great for everyday use as you don’t have to worry about hackers.

What Do You Look for In A VPN?

Whether you’re from the US, Bangladesh, or Indonesia, you can find countless VPNs online. The options are immense and to unblock the app, they should have the following features:

Server Access – Each VPN provides access to a different number of servers. You’ll usually find several from just one country. The more there are, the more locations you’ll be able to access and bypass the TikTok block.

Ease of Use – No matter how many servers it offers, you won’t have a fun time unblocking TikTok if the VPN is not easy to use. The program should not have clutter as you’ll find it hard to connect to servers.

Good Speeds – With faster speeds, watching vids on the app won’t be a hassle. In general, VPNs slow down your connection as your data is tunneled and encrypted. A good TikTok VPN can prevent this.

Security – Virtual Private Networks utilize all sorts of encryptions. They influence how secure your connection would be. They prevent your ISP and anyone else from intercepting your data. The best encryption would be a 256-bit military lock.

With that out of the way, let’s take a look at some VPNs that would work well.

ExpressVPN is widely thought to be the best Virtual Private Network around. It offers many servers – there are 3000 currently at your disposal. What’s great is that the servers are found in a whopping 94 different countries. The servers it offers are also very diverse – you’ll see locations from South America and Africa which aren’t common.

With an Express account, you’ll be able to connect to 5 devices. This is appreciated if your whole family watches TikTok. The TikTok VPN is also very easy to use, and its mobile app one of the easiest to navigate.

It uses military level encryption. If you didn’t know, the internet in China is restricted – you can’t access certain sites like Facebook and Twitter. Some VPNs help Chinese citizens bypass the censorship, but a lot of them are quite weak. This isn’t true for – it’s one of the most popular in the country. With this in mind, you know you’re safe when using TikTok.

ExpressVPN is well-known for its no-log policy. So your presence online will not be tracked. For example, when Turkish authorities wanted to investigate one of its servers, they found no user information.

CyberGhost offers more servers than Express. As of now, there are over 6000 available. That being said, they don’t have as many servers in diverse locations. However, they are present in over 80 countries.

If you have a large family, they can all use TikTok if you create a account. The VPN lets you connect to 7 different devices which are generally a lot for a TikTok VPN. Their mobile app is also a breeze to use. However, we believe Express VPN is superior.

In general, its servers are not as speedy as you might expect. Thankfully, there are over 6000, so you can connect to a faster one with ease.

The company is superbly transparent – this is one of the reasons people prefer to use . They regularly issue transparency reports which give users insight into key company stats. More importantly, they make note of the requests that come in to hand over user data. As you might have guessed, they promise a strict no-logging policy as well.

In terms of security, they utilize military encryptions. They are highly secure but are not strong enough to bypass China’s censorship.

If you were thinking of getting a TikTok VPN, picking up a Nord subscription might have crossed your mind. To begin with, it offers more than 5000 servers in 62 different countries. They are unfortunately not as diverse as Express, though.

The Virtual Private Network offers a no-logging policy, but it’s alarming that one of their servers was hacked. The company says that this only happened because it had been rented out. Ever since then, they have been thoroughly auditing their systems.

Nord’s mobile app is easy to use. However, it doesn’t come with as many features as its desktop version. Considering that you’ll be using TikTok on your phone, this might be a concern.

Can A Free VPN Work with TikTok?

All the top TikTok VPN picks we went through are paid. You might wonder if free Virtual Private Networks are as effective since so many are readily available. However, they are not worth your time. Their encryptions are weak, so you won’t be safe when using the internet. Neither do they offer as many server choices which results in a few locations that you’ll be able to access TikTok from

Since they’re free, they need to make money somehow. Many do so through ads. However, a good chunk of them also store your data and sell it to third-party companies. This is a security breach that TikTok has been accused of, as well.

The executive order to ban the app was signed in August of this year. The app is banned in multiple countries due to security threats – this is the same reason the President of the United States banned it. Thankfully, a TikTok VPN can help. They allow you to tunnel your connection to a location abroad and access TikTok from there. When choosing a Virtual Private Network, there are quite a few options. Of these, is the best as it has a large number of servers worldwide, and offers military-level encryption. As we mentioned, a free one is not worth your time – your data would likely be sold to companies.

Notice: The information in this article and the links provided are for general information purposes only and should not constitute any financial or investment advice. We advise you to do your own research or consult a professional before making financial decisions. Please acknowledge that we are not responsible for any loss caused by any information present on this website.
Home » News » The Best VPNs for TikTok Unlocking – A Guide for Americans And More
Advertisement
Advertise with us
Try our Newsletter
We enjoy writing tips and giving you free coupons.
There's more... 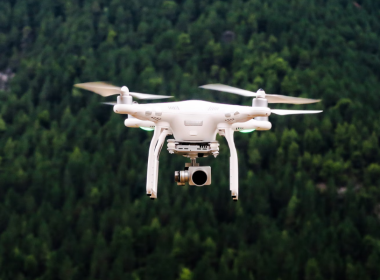 This read is packed with updated information regarding the best drone under 100 with the longest flight time and other capabi... 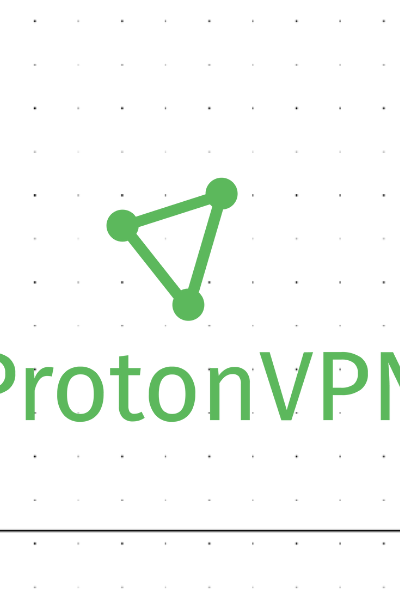