This Kaspersky Review analyzes the main specifications and operation of this antivirus.

Kaspersky says it has ranked first place 73 times out of 88 independent malware protection tests conducted in 2018. The company currently serves over 400 million users and over 270,000 enterprises.

Kaspersky review a brief description of each:

The best and most used out of the three is the Total Security package. It offers multi-device protection, including those for iOS, and all the essential features you need. The Security Cloud has some additional features but its main gimmick is what calls the use of “adaptive technologies.” It doesn’t offer anything remarkable to justify the extra cost over Total Security.

You can protect up to 5 devices maximum per package. However, the subscription price increases with each device you add.

Here are the main benefits from this review that these antivirus programs offer across the board:

As claims, their main antivirus tool consistently ranks in the top tier of performance issues. Indeed, independent tests have verified the reliability of ’s malware protection features. You can definitely browse the web without any worries when is installed. It offers excellent malware protection against all common threats and even rare ones like webcam hijackings. Some independent tests easily give AAA ratings.

Easy on the Operating System

Regardless of the device that runs a scan on, it doesn’t slow down the operating system. Compared to notorious examples like , is very easy on the system. Operation execution times remain roughly the same with running, according to independent tests.

Worried about credit card theft? All personal packages come with a special encrypted browser you can exclusively use for online transactions. The appeal here is that the browser has additional encryption facilities for online shopping. However, the feature is only available for PCs and Macs.

Kaspersky suite without even having to open the browser.

Kaspersky detects that your device is on public Wifi. You will get 200MB free per day per device. The cap is raised to 500MB for the Security Cloud package.

These are the downsides from this review that you should know about:

Some packages are limited to certain operating systems. For example, if you buy the Antivirus bundle, you can only use it on Windows PCs. Only the Total Security package works on PCs, Macs, iOS, and Android. Even so, Linux systems are completely left out. Some features, like protecting online transactions, are limited to PCs and Macs.

So if you own a PC and an iPhone, for example, might not be the choice for you to protect all your devices. However, if you are mainly a PC user, is wonderfully Windows-friendly.

Even the priciest package supports only up to 5 devices. The overall price of the subscription increases with each device you add. This is a major disadvantage considering there are competitors who offer coverage for a dozen or more devices, especially for high-priced packages.

In 2017, the U.S. government effectively banned antivirus software from all government computers. The Department of Homeland Security issued a warning that Moscow-based had ties to Russian intelligence agencies. Specifically, the U.S. accused Russia of using to steal confidential official documents, particularly from the N.S.A. Soon after, Twitter banned from its platform too.

Kaspersky, for its part, has defended its neutrality. The company subsequently sued the U.S. government for “tarnishing” its reputation (the lawsuits were dismissed later). The company then claimed to have shifted its core operations to Switzerland, where a third party would oversee its servers.

Regardless, has yet to recover from the Russian scandal. If you are an American user, you might want to heed warnings from Homeland Security. To be sure, there’s no substantial evidence that collaborated with Russian intelligence. Unfortunately for the brand, there’s no substantive evidence against this either.

Could Antivirus Meet Your Needs?

However, there are some downsides as well. Unlike most other brands, doesn’t balance its features well across the packages on offer. The differences between each package are quite minimal, while the price remains high. You will simply have to pay more for each package to protect multiple devices.

Then there are the warnings against from the U.S. government. It is concerning, though personal users have not accused of data theft so far. This may put off some users, while others might not care. It will depend on your personal opinion when it comes to political matters. We hope that this review was what you needed.

Regardless of the issues, it has faced in recent times, undoubtedly offers one of the best antivirus protection tools in the market right now. That alone could be the deciding factor on whether to buy or not.

Notice: The information in this article and the links provided are for general information purposes only and should not constitute any financial or investment advice. We advise you to do your own research or consult a professional before making financial decisions. Please acknowledge that we are not responsible for any loss caused by any information present on this website.
Home » Technology » Anti Virus » Kaspersky Review – Features, System, Pros, and Cons
Advertisement
Advertise with us
Try our Newsletter
We enjoy writing tips and giving you free coupons.
There's more... 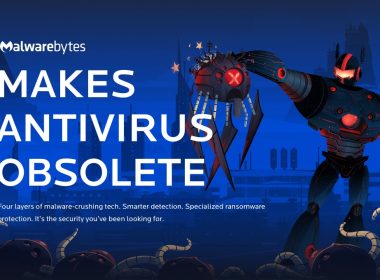 The antivirus is made by a company based in California...